No Result
View All Result
Home Diet and Nutrition

What Are Lupini Beans and Why Haven’t You Heard of Them?!

by admin
in Diet and Nutrition
0


Lupini beans are legumes that are popular throughout the Mediterranean, and are commonly eaten pickled or as a snack.

Also called lupins, they’re sometimes used as a meat substitute because of their abundant amino acid profile, which is comparable to soy, making lupini beans an excellent source of protein.

They’re relatively easy to grow too, just another reason why lupins are becoming a popular plant-based protein option.

Lupins are, however, a little more high maintenance than other beans.

Because of the bitter alkaloids present in dry lupini beans, they can be poisonous if not prepared properly. So if you were wondering why this veritable superfood isn’t more popular, you likely have your answer.

But don’t despair, there are many ways to eat them, and manufacturers have been making lupins increasingly accessible.

What Are the Benefits of Lupini Beans? 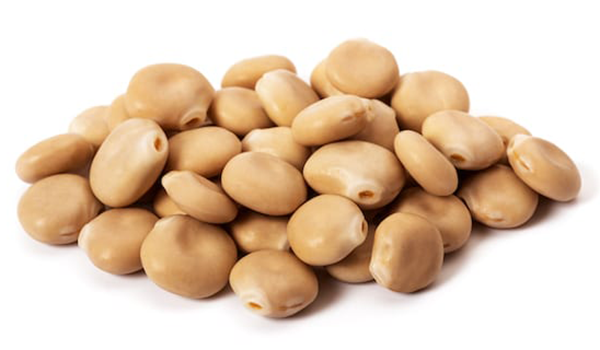 Lupini beans don’t contain as much starch as many other legumes. They’re high in protein, are a good source of fiber, and are relatively low in fat.

Interestingly, some people who are allergic to peanuts might also develop an allergy to lupini beans.

If you’re allergic to peanuts (which are legumes from the same family as lupins), discuss with your allergist or general physician before trying this food.

Lupini beans are exceptionally high in plant-based protein. In fact, a 1-cup serving of cooked lupins contains more protein than a 3-ounce serving of chicken breast.

Compared to some other beans (navy, kidney, garbanzo), lupins have roughly one-third as much carbohydrate per 1-cup serving.

That makes them a great choice for those watching their carb intake or following a low-carb diet.

Dietary data for 1 cup of boiled lupini beans. Daily values (DV) are based on a 2,000-calorie diet.

Are Lupini Beans the Same as Fava Beans?

Don’t get it twisted: while they may look somewhat alike, lupini beans are not fava beans! Their nutritional composition and taste are very different.

Lupini beans are silkier in texture and boast a more savory taste than fava beans. They’re also higher in protein, calcium, magnesium, and some fatty acids.

How to Cook Lupini Beans 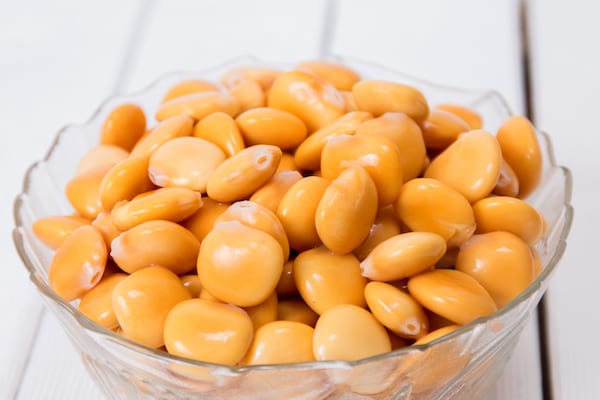 To remove the alkaloids that can make lupins toxic, wash the beans, then soak them in a salt solution (brine). Repeat until the solution no longer tastes bitter.

When the bitterness is totally gone, none of the toxic compounds are left in the beans. Unfortunately, this process can take up to five days.

A variety of beans called sweet lupins contains fewer of the bitter alkaloids and requires less soaking. If you don’t eliminate all of the bitter compounds, the beans are not only harmful, they’ll also taste very bitter.

As word has gotten out about the benefits of lupinis, they’ve been popping up on recipe blogs. Check out these recipes for some inspo.

Inspired by the Peruvian dish, this vegetarian version trades seafood for 24 hours of uninterrupted soaking. (Maybe these beans are trying to tell us something?)

This take on the Middle Eastern mainstay cuts down on overall cooking time by using sweet lupins.

Where to Buy Lupini Beans 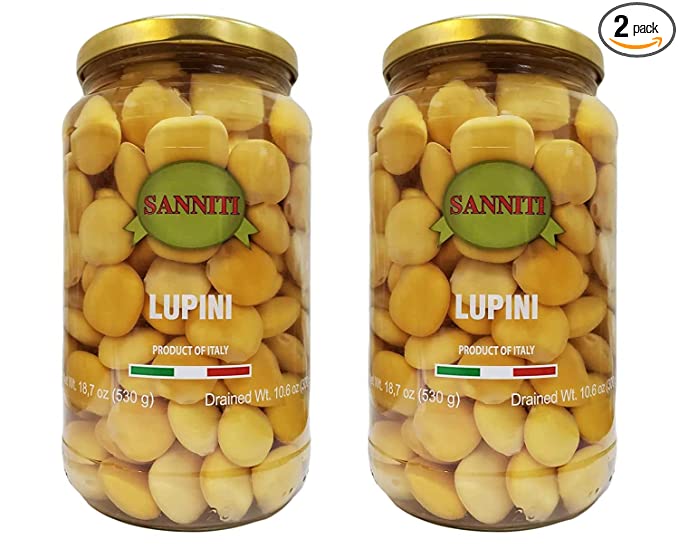 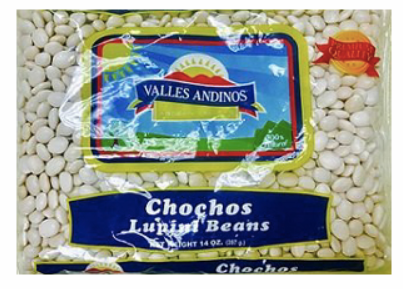 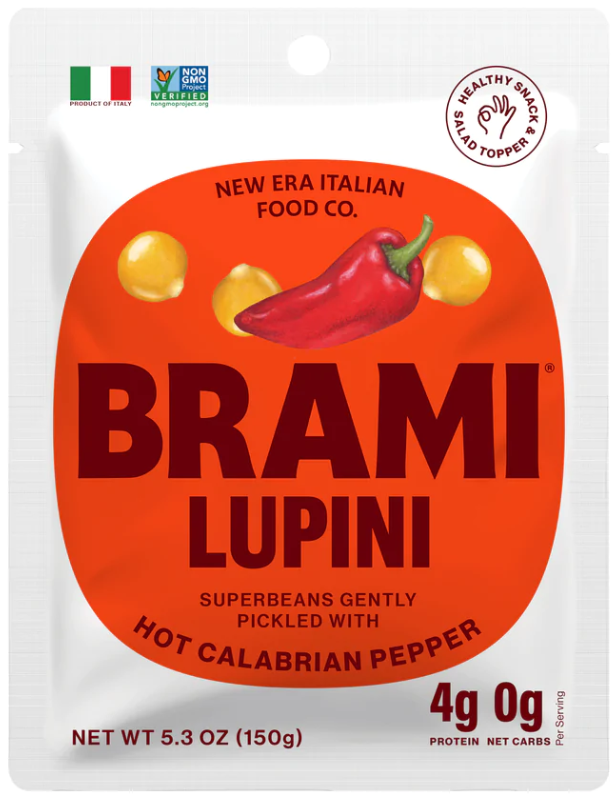 Beginner's Workout & Food Guide (Everything You Need To Get Started!) | 2021 Edition

Deep Health Assessment: Do you REALLY know how healthy you are?

Flour Alternatives You Can Use For All Types of Cooking

What Are Nootropics — Can They Make You Smarter?

No Result
View All Result